This site uses cookies to provide and improve your shopping experience. If you want to benefit from this improved service, please opt-in.
More Info
Save Preferences
SELLING WORLDWIDE SINCE 2001
Menu
Clothing, Fashion, General, Retro Music, Sports

Oh Say Can You Tee(Shirt)?

Just own the night, like the 4th of July – it’s America’s Independence Day!

As Americans enjoy their Monday off (as written by an Englishman who’s totally not bitter about being in the office…), let’s look at some of our US-themed favourites in store…

The Only Boss I Listen To – Bruce Springsteen!

The Only Boss I Listen To – Bruce Springsteen

The man Born In The USA, and the man behind many a Presidential candidates’ poor choice of theme song. While the chorus may be come across as full of patriotic pride, the verses are telling the story of a bitter man who’s gone through very hard times.

That said, “The Boss” is a legend in the eyes of many – including us – and naturally, he’s the only boss we listen to! (Please don’t tell my boss that…)

One of the all-time favourite designs with our customers, and you can tell why! 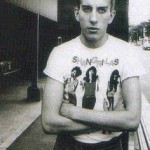 Terry Hall always was a Leader Of The Pack.

The Shangri-Las (As Worn By Terry Hall of The Specials)

The close partnership between America and the United Kingdom shows even through the power of music and t-shirts! England’s 2 Tone/Ska group The Specials’ lead singer Terry Hall once wore this brilliant design to American pop girl group The Shangri-Las, during the time the group was a trio instead of a quartet.

Known for hits such as “Leader of the Pack” and “Remember (Walking In The Sand)”, the Shangri-Las may not have lasted long, but their hits have been long lasting!

It’s our biggest-selling design in store at the moment – so what are you waiting for? Join in with the others and find out why our customers love this t-shirt!

Sport sport sport sport! One of our more recent additions in store is official merchandise for some of America’s biggest and greatest sports teams – so if you’re looking for a great New York Yankees top, want to fly high with the Seattle Seahawks or live like royalty with the LA Kings, find your favourite team in store! 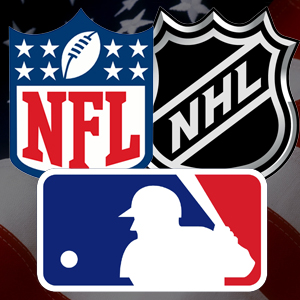 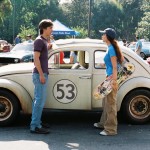 Herbie, a little worse for wear when he was found in 2005.

There’s nothing like a classic ride, and Herbie has to be one of the most popular! A number 53 car with a mind of its own, this Volkswagen Beetle raced its way in to all of our hearts with the iconic red, white & blue stripes from bumper to bumper.

Get behind the wheel and drive* this (admittedly German) vehicle (with a Californian licence plate, so it counts – right?) with this brilliant design!

*Herbie is an anthropomorphic vehicle, and may decide to drive on its own accord.

“Just own the night like the 4th of July”, she said.

Girls Just Wanna Have Fun (As Worn By Katy Perry)

Of course we’re going to show off the woman who created the opening line in our blog! Katy Perry, the most followed person on Twitter having recently surpassed an unprecedented 90 million followers(!), was seen wearing this brilliant t-shirt, a throwback to another American superstar of her era, Cyndi Lauper who had a mega 80’s hit with “Girls Just Wanna Have Fun” – a track Katy Perry has covered herself.

So there’s just a small sample of things you can find in store… why not dig out your own favourites by clicking here?

Ashley Redman
Born in the U-u-K…