Celebrities have the power to make seemingly innocuous logos, slogans or designs hugely popular in an instant after sporting an item of clothing on a late night TV show or being snapped by the paparazzi in a striking tee.

One such recent instance, was Michael Cera, who wore a t-shirt bearing the likeness of legendary Japanese filmmaker, Akira Kurosawa (Seven Samurai, Rashomon), forums and social media were abuzz with questions about the t-shirt and how they could get their hands on a similar item. TShirtGrill sports an extensive range of celebrity wear in their ‘as worn by’ page, and we’re going to showcase two of our shirts that have been inspired by some of the brightest stars and biggest names. TShirtGrill’s ‘As Worn By’ selection extends far beyond the two examples showcased in this blog post, though, so make sure to check back frequently to keep up to date with our latest offerings – who knows, you might find that elusive t-shirt design you’ve been desperately searching for.

First up, is the pacifistic ‘Stop Wars’ t-shirt, most famous for being adorned by Natalie Portman (V for Vendetta, Black Swan), Tim Reynolds of the Dave Matthews Band; and by thousands of anti-war protesters in the Bay Area. The t-shirt design appeared as a response to US foreign policy policy post 9-11 If this design and message strikes your fancy, make sure to check out our entire range of Womens ‘slim fit’ t-shirts, including hilarious slogan tees and iconic film inspired designs. 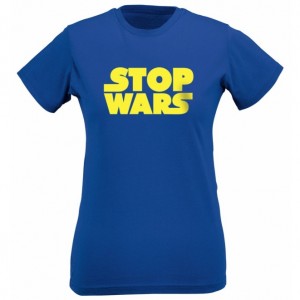 Secondly, the late Kurt Cobain, frontman of iconic Grunge band ‘Nirvana’, is well known for bringing mainstream attention to his Pacific-Northwest home state of Washington and its many charms. Below is a replica of a t-shirt he was seen wearing in his later years whilst residing in Paris. T

The Olympia trademark is one that has appeared again and again in pop-culture, famously used as a prop by Clint Eastwood in ‘Magnum Force’ and by Dustin Hoffman in ‘American Graffiti’. Did you know that the ‘Clearwater’ in Creedence Clearwater Revival stems from a television commercial John Fogerty heard for the Olympia branded beverage? 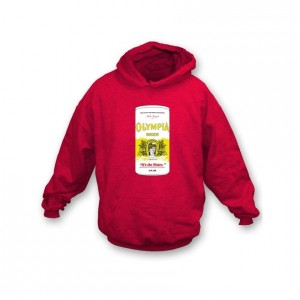 Don’t see your favourite celebrity t-shirt replica? Let us know about it.

Whilst our store of replica wear is extraordinarily large, we might not offer your current favourite designs that you’ve seen worn by a star, so contact us on social media at TShirtGrill’s Facebook page or @tshirtgrilltees, and let us know what they are.